Capitalism in the Anthropocene 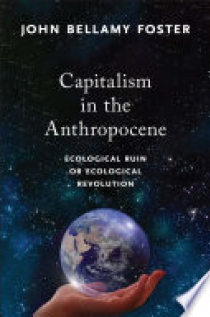 Over the last 11,700 years, during which human civilization developed, the earth has existed within what geologists refer to as the Holocene Epoch. Now science is telling us that the Holocene Epoch in the geological time scale ended, replaced by the onset of a new, more dangerous Anthropocene Epoch, which began around 1950.