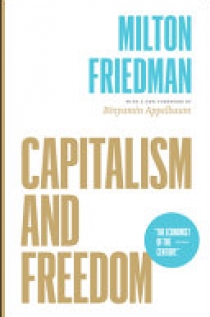 "First published in 1962 and based on a series of lectures from 1956, Milton Friedman's Capitalism and Freedom provides the definitive statement of an immensely influential economic philosophy-one in which competitive capitalism serves as both a device for achieving economic freedom and a necessary condition for political freedom. In short, the book asks: how can we benefit from the promise of government while avoiding the threat it poses to individual freedom? The result is an accessible text that was selected by the Times Literary Supplement as one of the "hundred most influential books since the war." Enduring in its impact and esteem, the book has sold well over half a million copies in English, has been translated into eighteen languages, and continues to profoundly inform economic thinking and policymaking. This edition includes prefaces written by Friedman for both the 1982 and 2002 reissues of the book, as well as a new foreword by Binyamin Appelbaum, economics editor for the New York Times and author of The Economists' Hour: False Prophets, Free Markets, and the Fracture of Society (Little, Brown, 2019)"--