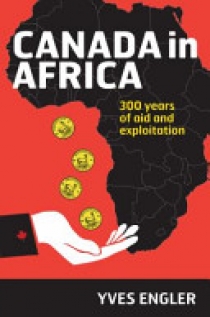 Yves Engler continues his groundbreaking analyses of past and present Canadian foreign policy. The author of The Black Book of Canadian Foreign Policy, and other works that challenge the myth of Canadian benevolence, documents Canadian involvement in the transatlantic slave trade, the "scramble for Africa" and European colonialism. The book reveals Ottawa's opposition to anticolonial struggles, its support for apartheid South Africa and Idi Amin's coup, and its role in ousting independence leaders Patrice Lumumba and Kwame Nkrumah. Based on an exhaustive look at the public record as well as on-the-ground research, Canada in Africa shows how the federal government pressed African countries to follow neoliberal economic prescriptions and sheds light on Canada's part in the violence that has engulfed Somalia, Rwanda and the Congo, as well as how Canada's indifference to climate change means a death sentence to ever-growing numbers of Africans.