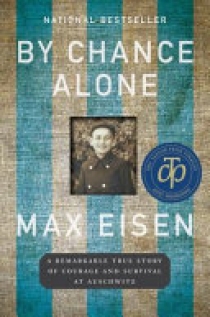 In the tradition of Elie Wiesel’s Night and Primo Levi’s Survival in Auschwitz, a heart-wrenching and inspiring new memoir by a Canadian Holocaust survivor More than 70 years after the Nazi camps were liberated by the Allies, a new Canadian Holocaust memoir details the rural Hungarian deportations to Auschwitz-Birkenau, back-breaking slave labour in Auschwitz I, the infamous “death march” of January 1945, the painful aftermath of liberation and a journey of physical and psychological healing. Tibor “Max” Eisen was born in Moldava, Czechoslovakia, into an Orthodox Jewish family.