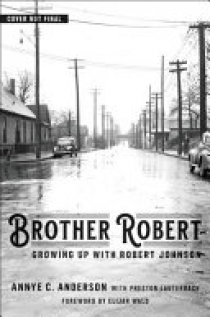 An intimate memoir by blues legend Robert Johnson's stepsister, including new details about his family, music, influences, tragic death, and musical afterlife Though only 27-years-young and relatively unknown at the time of his tragic death in 1938, Robert Johnson's enduring recordings have solidified his status as a progenitor of the Delta Blues style. And yet, while his music has retained the steadfast devotion of modern listeners, much remains unknown about the man who penned and played these timeless tunes.