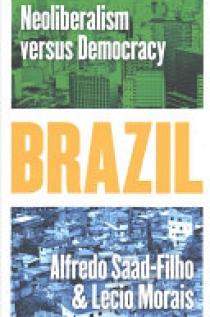 Brazil is the world's sixth largest economy, has played a key role as one of the 'pink wave' administrations in Latin America, and was also responsible for wrecking the US-sponsored proposal for a Free Trade Area of the Americas. It is also one of the few large countries where social spending has risen and the distribution of income has improved in the last thirty years.However, as protests during the World Cup in 2014 have shown, the country remains highly unequal, unmet social needs are vast and its infrastructure is precarious.Alfredo Saad-Filho and Lecio Morais review the paradox that is modern-day Brazil. Focusing on the period from 1980 onwards, they analyse the tensions between the two systemic transitions to have dominated the country: the political transition from military rule to democracy, and to neoliberalism. The authors show how these transitions had contradictory logics and dynamics, yet ultimately became mutually supportive as they unfolded and intertwined.