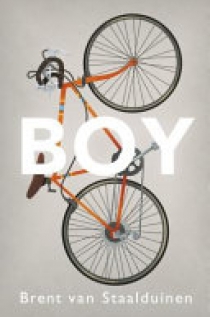 Life might have other plans for Boy Cornelius McVeigh, as he discovers in this magic-tinged, coming-of-age novel about future plans conflicting with a complicated past and the inescapable present. Boy’s final year of high school is unraveling. Fast. He had it all worked out, from crushing his final exams to military school to a career in the air force. But his family’s tragic past and its complicated present have caught up to him, and his marks are slipping, jeopardizing all of his plans. When Boy befriends Mara, a homeless man who can seemingly stop and restart time at will, he has to weigh his family’s needs and his own conscience against the potential contained within Mara’s mysterious and powerful gift. But he soon realizes that the past can’t be undone, memories are as fragile as moments, and the future rarely turns out like we think it will.