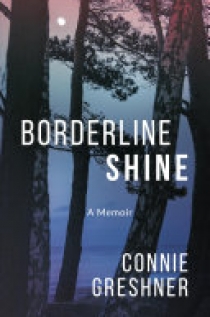 The true story of a child’s life after her mother’s murder, the choices born of suffering, and her journey of recovery. When Connie Greshner was eight years old, her father murdered her mother. After her family was torn apart, she was sent to a Catholic boarding school in Kansas. Connie’s identity was formed in this strange world, with shame manifesting as rebellion, until she returned to Canada and her brother’s care. Depression, addiction, and promiscuity spiralled as she tried to cope and find the help she needed. Connie’s forays into the mental health system were not helpful, and, after several suicide attempts, she decided to pursue a career as a mental health therapist so that she could help others. In Borderline Shine, Connie breaks the silence and shame of intergenerational violence with honesty and humour, telling the unflinching story of the life of a survivor of domestic abuse and murder.