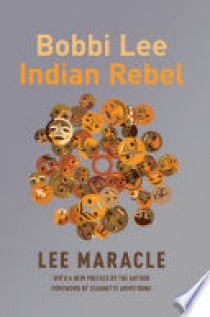 Bobbi Lee Indian Rebel is a gritty portrait of a turbulent home life and harrowing adventures on the road, from the mud flats of North Vancouver to the farm fields of California and the fringes of the hippie subculture in Toronto. Renowned author Lee Maracle’s groundbreaking biographical novel captures the spirit of Indigenous resistance during the Red Power movement of the 60s and 70s, chronicling a journey towards political consciousness in the movement for self-determination. A fearless portrayal of one woman’s struggle to make sense of the world as she fights to change it, Bobbi Lee is a powerful, unforgettable story that marks a significant beginning in the modern history of Indigenous people.