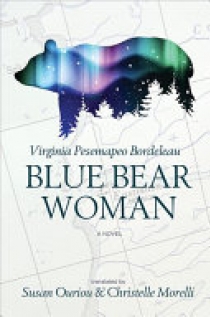 Blue Bear Woman or Ourse bleueis the first novel in Quebec written by an Indigenous woman. The story of a young Cree woman's search for her roots and identity, this is also the author's debut novel, originally published in 2007, and it will be her second book to be published in English. The novel has been described as a "texte de resistance", showing contemporary Indigenous life and the impact on the Cree of the building of the Eastmain dam in northern Quebec, posited as "virgin" territory, yet which has actually been part of the Cree traditional territory since time immemorial.