Blinded by the Whites 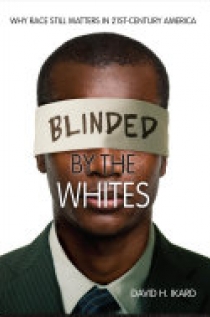 The election of Barack Obama gave political currency to the (white) idea that Americans now live in a post-racial society. But the persistence of racial profiling, economic inequality between blacks and whites, disproportionate numbers of black prisoners, and disparities in health and access to healthcare suggest there is more to the story. David H. Ikard addresses these issues in an effort to give voice to the challenges faced by most African Americans and to make legible the shifting discourse of white supremacist ideology—including post-racialism and colorblind politics—that frustrates black self-determination, agency, and empowerment in the 21st century. Ikard tackles these concerns from various perspectives, chief among them black feminism. He argues that all oppressions (of race, gender, class, sexual orientation) intersect and must be confronted to upset the status quo.