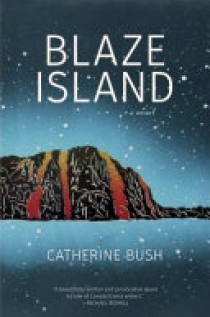 For those who loved Barbara Kingsolver's Flight Behaviorcomes a new climate-themed, Shakespeare-inspired novel from bestselling author Catherine Bush. The time is now or an alternate near now, the world close to our own. A mammoth Category Five hurricane sweeps up the eastern seaboard of North America, leaving devastation in its wake, its outer wings brushing over tiny Blaze Island in the North Atlantic. Just as the storm disrupts the present, it stirs up the past: Miranda's memories of growing up in an isolated, wind-swept cove and the events of long ago that her father will not allow her to speak of. In the aftermath of the storm, she finds herself in a world altered so quickly and so radically that she hardly knows what has happened. As Miranda says, change is clear after it happens.