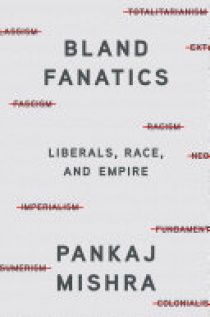 A wide-ranging, controversial collection of critical essays on the political mania plaguing the West by one of the most important public intellectuals of our time. Decades of violence and chaos have produced a political and intellectual hysteria ranging from imperial atavism to paranoia about an Islamic threat to Western civilization that has affected even the most liberal of American and British writers. In Bland Fanatics, Pankaj Mishra examines this hysteria and its fantasists, taking on its arguments and the atmosphere in which it has festered and become influential. In essays that grapple with colonialism, human rights, and the doubling down of liberalism against a background of faltering economies and weakening Anglo-American hegemony, Mishra confronts writers from Jordan Peterson to Ayaan Hirsi Ali. Featuring a newly written introduction, these essays provide a vantage point from which to look seriously at the current crisis.