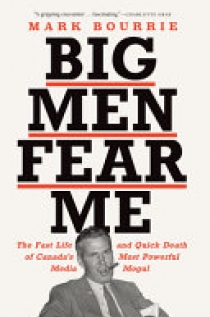 The remarkable true story of the rise and fall of one of North America's most influential media moguls. When George McCullagh bought The Globe and The Mail and Empire and merged them into the Globe and Mail, the charismatic 31-year-old high school dropout had already made millions on the stock market. It was just the beginning of the meteoric rise of a man widely expected to one day be prime minister of Canada. But the charismatic McCullagh had a dark side. Dogged by the bipolar disorder that destroyed his political ambitions and eventually killed him, he was all but written out of history.