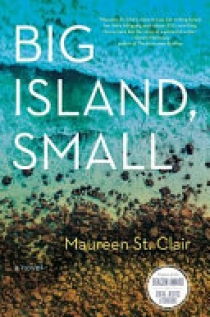 Sola is confused the first time she sees Judith, a fair skinned woman with dreadlocks dancing to reggae music. Meeting her gaze, Judith thinks Sola is judging her for appropriating Black culture. A few days later, up against an interlocking fence, Judith kisses Sola. Onlookers hurl stones and racial and gay slurs. Thus begins the complicated friendship between Judith and Sola who live in between the land they were born, the Caribbean, and the land where they presently live, North America. Winner of the 2016 Beacon Award for Social Justice Literature and the 2015 Atlantic Writer's Competition, Big Island, Small is a story of intimacy and friendship between two Caribbean/Canadian women with similar, yet vastly different, backgrounds who must dismantle their assumptions and biases around race, class, gender and sexuality in order to make amends with violent pasts, release shame, find joy and reconnect with themselves and each other.