Between Everything and Nothing 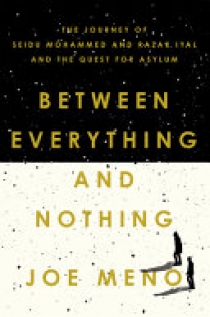 "Between Everything and Nothing is an epic, nonfiction narrative based on Seidu Mohammed and Razak Iyal's true-life journey from the unjust political system of their homeland in Ghana through the chaos of the United States' failing immigration system. Before ever meeting, both men fled the inhumane social policies of modern-day Ghana, making the perilous odyssey through the jungles of South and Central America on their own, only to arrive at the United States border and face detainment in a U.S immigration detention facility for nearly a year. Both men eventually lost their asylum pleas and were released while awaiting deportation. By chance or fate, these two men met in a Minneapolis bus station on December 23rd, 2016, and agreed to cross the Canadian border together, a trip that risked both their lives and led to tragic consequences. Seidu and Razak's experiences speak directly to the immigration crisis within the United States and Europe, which is one of the greatest humanitarian concerns the world now faces"--