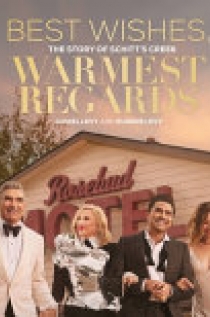 A keepsake coffee-table book celebrating the series, the town, the characters, and the state of mind that is Schitt's Creek. Included here are in-depth character profiles of Johnny, Moira, David, and Alexis Rose, plus all of the major and minor characters that populate or have passed through the town; explorations of the sets and props; and deep dives into every major moment. Also included are special features such as the completely illustrated catalogs of David's Knits and Moira's Wigs, the music of Schitt's Creek, and a complete glossary of Moira's vocabulary. Hometown: Toronto, ON.