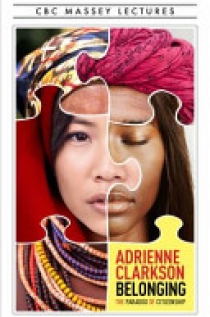 Never has the world experienced greater movement of peoples from one country to another, from one continent to another. These seismic shifts in population have brought about huge challenges for all societies. In this year's Massey Lectures, Canada's twenty-sixth Governor General and bestselling author Adrienne Clarkson argues that a sense of belonging is a necessary mediation between an individual and a society. She masterfully chronicles the evolution of citizenship throughout the ages: from the genesis of the idea of the citizen in ancient Greece, to the medieval structures of guilds and class; from the revolutionary period which gave birth to the modern nation-state, to present-day citizenship based on shared values, consensus, and pluralism. Clarkson places particular emphasis on the Canadian model, which promotes immigration, parliamentary democracy, and the rule of law, and the First Nations circle, which embodies notions of expansion and equality. She concludes by looking forward, using the Bhutanese example of Gross National Happiness to determine how we measure up today and how far we have to go to bring into being the citizen, and the society, of tomorrow.