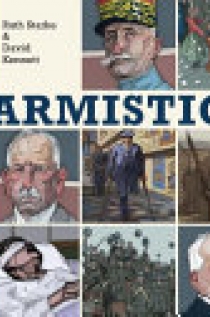 "On 11 November 1918, after four years of fighting, the Allied powers signed an agreement with Germany to end the Great War and begin peace negotiations. The Armistice, as it was known, took effect on the eleventh hour of the eleventh day of the eleventh month, but it was another seven months before peace was finally declared at Versailles on 28 June 1919. The Great War was over. But the world was changed forever."--Back cover.