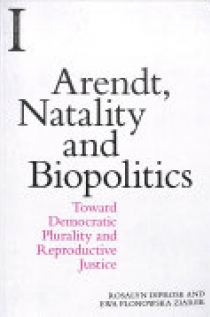 Rosalyn Diprose and Ewa Ziarek provide a reconfiguration of Hannah Arendt's philosophy of natality from the perspective of biopolitical and feminist theory. They show us that Arendt provides new ways of contesting biopolitical threats to human plurality and the threat of biopolitics - along with sexism, racism and political theology - to women's reproductive agency. They extend Arendt's account of collective political action to include political hospitality, responsibility and story-telling as ways of countering the harms of biopower. Diprose and Ziarek give us an insightful account of the political ontology of Hannah Arendt and form new dialogues between her and major 20th- and 21st-century thinkers including Foucault, Agamben, Nancy, Kristeva, Esposito, Derrida, Levinas and Cavarero.