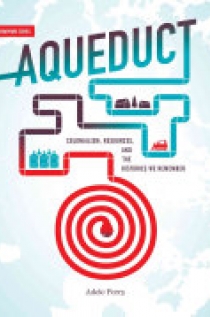 1919 is often recalled as the year of the Winnipeg General Strike, but it was also the year that water from Shoal Lake first flowed in Winnipeg taps. For the Anishinaabe community of Shoal Lake 40 First Nation, construction of the aqueduct led to a chain of difficult circumstances that culminated in their isolation on a man-made island where, for almost two decades, they have lacked access to clean drinking water. In Aqueduct: Colonialism, Resources, and the Histories We Remember, Adele Perry analyses the development of Winnipeg's municipal water supply as an example of the history of settler colonialism. What were the cultural, social, political, and legal mechanisms that allowed the rapidly growing city of Winnipeg to obtain its water supply by dispossessing an Indigenous people of their land, and ultimately depriving them of the very commodity--clean drinking water--that the city secured for itself? Incorporating archival images that document the expensive and ambitious construction process and celebrate the aqueduct as a marvel of engineering and a beacon of publicly-minded social policy, Perry questions whose histories are recalled and whose are elided or actively erased, while at the same time addressing these issues within the larger context of Canadian colonialism.