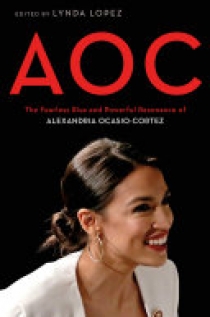 With a preface by Keegan-Michael Key In the vein of Notorious RBG, seventeen writers explore the multiple meanings of a young Latina politician who has already made history. From the moment Alexandria Ocasio-Cortez beat a ten-term incumbent in the primary election for New York’s 14th, her journey to the national, if not world, stage, was fast-tracked. Six months later, as the youngest Congresswoman ever elected, AOC became one of a handful of Latina politicians in Washington, D.C.