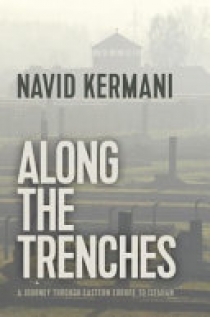 Between Germany and Russia is a region strewn with monuments to the horrors of war, genocide and disaster - the bloodlands where the murderous regimes of Hitler and Stalin unleashed the violence that scarred the twentieth century and shaped so much of the world we know today. In September 2016 the German-Iranian writer Navid Kermani set out to discover this land and to travel along the trenches that are now re-emerging in Europe, from his home in Cologne through eastern Germany to the Baltics, and from there south to the Caucasus and to Isfahan in Iran, the home of his parents. Along the way he meets the citizens of Schwerin, in north-eastern Germany, who have gathered in a restaurant for coffee and cake at the invitation of the Alternative für Deutschland, the far-right anti-immigration party, and listens to them talking about their fears of becoming losers in their own country, their interests overlooked while their government gives priority to helping refugees and asylum seekers among others; he travels to Paneriai, 10 kilometers from the centre of Vilnius in what is now Lithuania, where, in June 1941, thousands of Jews were rounded up by the SS and Lithuanian volunteer units, taken into the woods and shot; he drives through the lands around Chernobyl where hundreds of towns and villages once stood, with their schools and shops and community centres, and now only a handful of people remain, their houses torn down when they die. This beautifully written travel diary, enlivened by conversations with the people Kermani meets along the way, brings to life the tragic history of these troubled lands and shows how this history leaves its traces in the present. It will be of great interest to anyone concerned with current affairs and with the events that have shaped, and continue to shape, the world in which we live today.