All the Quiet Places 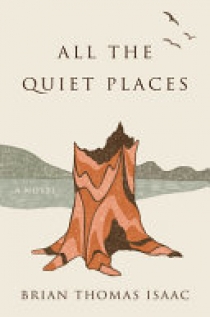 Brian Isaac's powerful debut novel All the Quiet Places is the coming-of-age story of Eddie Toma, an Indigenous (Syilx) boy, told through the young narrator's wide-eyed observations of the world around him. It's 1956, and six-year-old Eddie Toma lives with his mother, Grace, and his little brother, Lewis, near the Salmon River on the far edge of the Okanagan Indian Reserve in the British Columbia Southern Interior. Grace, her friend Isabel, Isabel's husband Ray, and his nephew Gregory cross the border to work as summer farm labourers in Washington state.