All That We Say Is Ours 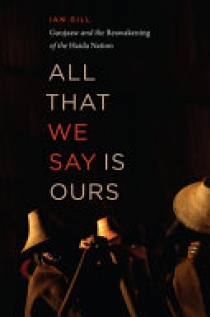 Haida Gwaii, the ancient territory of the Haida people, is a West Coast archipelago famous for its wild beauty and rich species diversity. But that natural bounty, since European contact, has also been a magnet for industry. In the mid-1970s, the Haida rallied with environmentalists to end the rapacious logging of their monumental old-growth forests--and to reassert their title and rights to their homeland. Combining first-person accounts with his own vivid prose, Ian Gill traces the struggle from its early days.