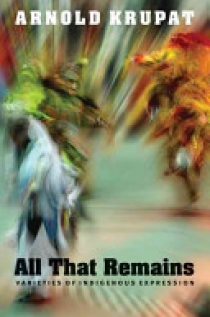 In this dynamic collection of essays, Arnold Krupat, one of the leading critics of American Indian writing, storytelling, and film, offers insightful and provocative analyses of representations by and about Native peoples, past and present. He considers the relations between tricksters in traditional and contemporary stories, the ways in which Native peoples were depicted in mainstream American literature in the mid-nineteenth century, and how modern Cherokee authors look back upon and represent the forced removal of their ancestors from the Southeast in the 1830s.