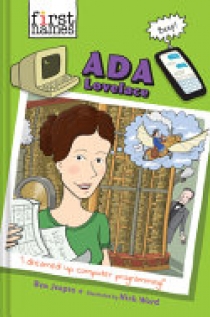 Meet the woman who made coding cool--and possible! Before she was a famous mathematician and the first computer programmer, Ada Lovelace (1815-1852) was the daughter of well-known poet Lord Byron. Byron died when Ada was very young, and Ada's mother encouraged her interest in mathematics in an attempt to prevent Ada from turning into a melancholy poet like her father. Ada grew up and married a count, and as a countess, she was given access to some of England's greatest scientists and authors, including Charles Babbage, who was working to develop an analytical engine.