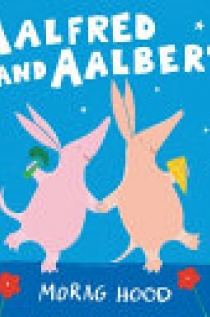 A hilarious and heartwarming story about a blossoming friendship between two solitary aardvarks, from brilliant creator of The Steves and I Am Bat, Morag Hood.Aardvarks Aalfred and Aalbert both need a pal. But Aalfred sleeps in the day, and Aalbert sleeps at night. How will they ever get the chance to meet?Bird conjures up a series of sillier and sillier schemes to get the two aardvarks into the same place, but their paths simply refuse to cross! Until one day, when they find each other in the most unexpected way - and now Aalfred and Aalbert will never lose each other again.Adorable, striking, and laugh-out-loud funny, with a sweet portrayal of blossoming love between two aardvarks, Aalfred and Aalbert is sure to delight readers of all ages!