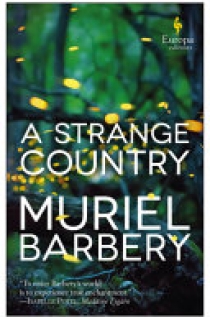 When the first glass was emptied, Alejandro and Petrus smiled at each other and Jesús noticed the redhead's lovely grey and pensive eyes. "Where did you come from?" he asked. "From the bridge," Petrus answered. "The bridge that links our world to yours." Then, after a silence: "It is invisible to you." Alejandro de Yepes and Jesús Rocamora, young officers in the Spanish regular army, are stationed alone at Castillo when, out of nowhere, a friendly redhead appears to them in the cellar. There is something magnetic and deeply mysterious about this Petrus. Alejandro and Jesús are bewitched, and, in the middle of the sixth year of the longest war humankind has ever endured, they abandon their post to follow him across a bridge only he can see. Petrus brings them to a world of lingering fog, strange beings, poetry, music, natural wonders, harmony, and extraordinary beauty. This is where the fate of the world and all its living creatures is decided. Yet this world too is under threat. A long battle against the forces of disenchantment is drawing to a climactic close. Will poetry and beauty prevail over darkness and death? And what role will Alejandro and Jesús play? Muriel Barbery's new richly imagined novel, the sequel to The Life of Elves, will transport readers to a lost world exposed to the constant churn of civilizations and remind them of the power of poetry and imagination.