A Song from Faraway 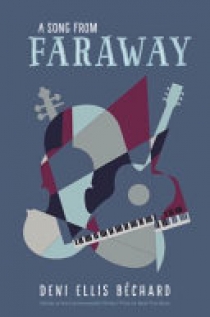 A time warp into the strange and painful life of men past, present, and future. The second time Andrew sees his half-brother, Hugh, is at their father's funeral. Andrew has little interest in the father with whom he grew up, but Hugh, who looks like a country-rock star, is fascinated by the life and writings of the reclusive man he hardly knew. When Hugh finds a book in his father's study, a mysterious work by Rafael Estrada, he is certain that it holds the key to his identity. A Song from Farawaytakes readers from 19th-century Prince Edward Island to modern-day Iraq. An Irish-Acadian soldier carries his fiddle and folksong across the battlefields of the First World War. An orphan-turned-assassin pursues his target across the deserts of Mexico and Texas, using a novel as evidence for his location. Relationships are forged and broken, wars are fought, and trauma is handed down from father to son. With whispers of Gabriel Garcia Marquez, A Song from Farawaypieces together "the stories that we tell about ourselves" in a picaresque novel of uncommon beauty and ferocity.