A Rush to Judgment 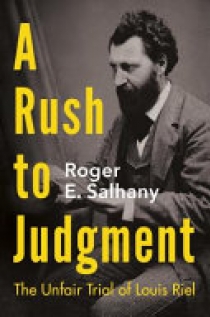 Did Louis Riel have a fair trial? The trial and conviction of Louis Riel for treason in the summer of 1885 and his execution on November 16, 1885, have been the subject of historical comment and criticism for over one hundred years. A Rush to Judgment challenges the view held by some historians that Riel received a fair trial. Roger E. Salhany argues that the judge allowed the prosecutors to control the proceedings, was biased in his charge to the jury, and failed to properly explain to the jury how they were to consider the evidence of legal insanity.