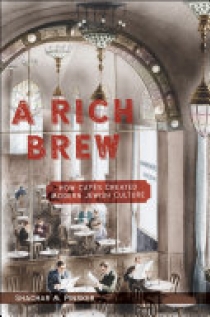 Finalist, 2018 National Jewish Book Award for Modern Jewish Thought and Experience, presented by the Jewish Book Council A fascinating glimpse into the world of the coffeehouse and its role in shaping modern Jewish culture Unlike the synagogue, the house of study, the community center, or the Jewish deli, the café is rarely considered a Jewish space. Yet, coffeehouses profoundly influenced the creation of modern Jewish culture from the mid-nineteenth to mid-twentieth centuries. With roots stemming from the Ottoman Empire, the coffeehouse and its drinks gained increasing popularity in Europe.