A Palace in Paradise 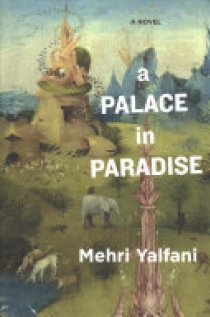 A Palace in Paradise is a novel about the complex Iranian refugee and immigrant community in Toronto and the way in which one woman's death changes the lives of many others. The people in this community are connected by family ties, cultural ties, romance, and the fact that, as immigrants, they not only share a culture, but they also share a past of political violence. Several were at one time imprisoned in Evin, a notorious jail in the Islamic Republic of Iran. Some were unable to withstand the daily torture and constant physical pain they were subjected to in Evin, and thus began to cooperate with the jail's authorities and participate in the torturing, even execution, of other prisoners. Many are incapable of having a normal life even after being released from the prison, and having immigrated to Canada to start a new life. Parvaneh, a social worker, accepts her friend, Ferdous, even though she may be a traitor. She is pitted against Nadereh, a refugee who learns that Ferdous was a traitor and feels duped. Guilt is a major theme in this book as characters deal with remorse from having caused the death of another by accident, or by not acting sooner, or by betrayal to the authorities. Life in exile is not easy and some succumb to their dark past with fatal consequences, while others struggle to forgive and find solace.