A New Kind of Union 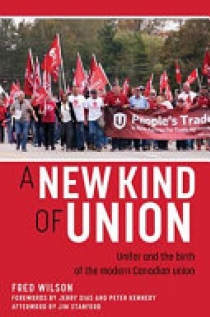 In fall 2011, the leaders of two of Canada's largest unions made a bold decision that would change the Canadian labour movement. Unions faced hostile governments, union busting corporations and declining membership. Something drastic needed to be done. This book describes the unique process by which the Canadian Auto Workers Union (CAW) and the Communications, Energy and Paperworkers Union of Canada (CEP) decided not just to merge but to create a new union that would be more democratic, more inclusive and more powerful. And how, two years later, a new union with a new name was founded.