A Land With a People 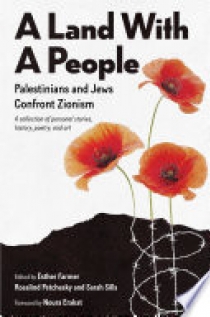 "A Land With A People began as a storytelling project of Jewish Voice for Peace-New York City and subsequently transformed into a theater project performed throughout the New York City area. A Land With A People elevates rarely heard Palestinian and Jewish voices and visions. It brings us the narratives of secular, Muslim, Christian, and LGBTQ Palestinians who endure the particular brand of settler colonialism known as Zionism. It relays the transformational journeys of Ashkenazi, Mizrahi, Palestinian and LGBTQ Jews who have come to reject the received Zionist narrative.