A History of Canada in Ten Maps 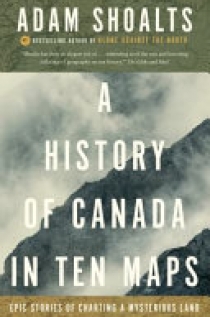 Longlisted for the 2018 RBC Taylor Prize The sweeping, epic story of the mysterious land that came to be called "Canada" like it's never been told before. Every map tells a story. And every map has a purpose--it invites us to go somewhere we've never been. It's an account of what we know, but also a trace of what we long for. Ten Maps conjures the world as it appeared to those who were called upon to map it.