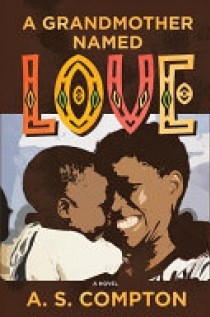 Lorato lives a comfortable but lonely life in her retirement years, alone in the home her husband had built in their rural village on the Kalahari in southern Africa. She becomes a grandmother when she adopts Lesedi after the death of a neighbour of from HIV-related causes. Then six more children come into Lorato's care, her biological grandchildren. Now primary caregiver for seven grandchildren, she struggles to feed them all, to teach them right from wrong, and traditional ways of life in a world shifting and modernizing. We see how AIDS as well as cultural changes disrupt traditional life when Lorato's son dies of the disease. Mpho, Lorato's grown daughter teaches Lesedi to read, to love learning and to dream. Lesedi wants nothing more than to go to school like Aunt Mpho and see the world, but providing for Lesedi's education is a challenge. Lorato is concerned about the bullying Lesedi experiences because of the stigma associated with her parents' AIDS death and abandonment. When Lesedi is beaten and raped by a man who felt he could do it because she is an orphan, and who believed that raping a virgin would cure him, Lorato and Lesedi face a real crisis that may forever change the course of their lives.