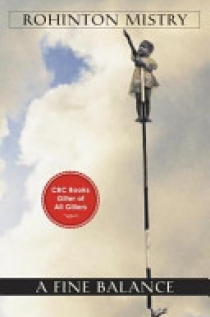 A Fine Balance, Rohinton Mistry’s stunning internationally acclaimed bestseller, is set in mid-1970s India. It tells the story of four unlikely people whose lives come together during a time of political turmoil soon after the government declares a “State of Internal Emergency.” Through days of bleakness and hope, their circumstances – and their fates – become inextricably linked in ways no one could have foreseen. Mistry’s prose is alive with enduring images and a cast of unforgettable characters.