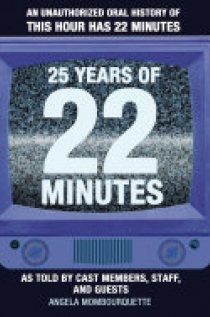 The final chaotic season of Codco had just wrapped when Mary Walsh sat down at a Toronto bistro with George Anthony, then creative head of CBC TV's arts programming. She'd been thinking about a news-based comedy show--did he think that would fly? He did. That was the early '90s. Twenty-five seasons later, hundreds of thousands of Canadians continue to tune in weekly to This Hour Has 22 Minutes for its unashamedly Canadian, biting satirical take on politics and power.